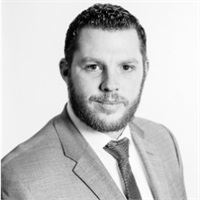 Pete currently holds his Series 07 and Series 66 securities registrations, and is the manager of Investment Operations for HighPoint Advisor Group.

Pete graduated from DePaul University, and holds a bachelors degree in Ethics and Global Business Development. Pete is an avid traveler, having been to 13 countries and 37 states. Pete currently lives in Hinsdale, Illinois.